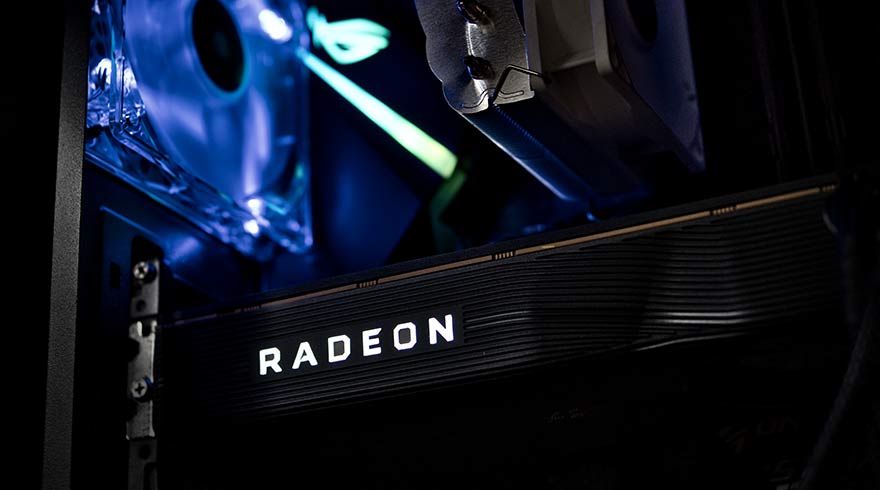 RX 5700 and 5700 XT are beast of graphics cards for gaming AND workstations PCs alike because of the performance they provide for the money in the mid to top-mid tier range.

Based on the Navi RDNA architecture, using the 7nm process, AMD is back at it again to try to deliver affordable options to the consumer while AMD has been crushing it in the CPU market as well for a couple of years now. AMD strategy is quite clear, provide the best bang for the buck and let the customer decide what they want.

Coming back to the GPUs, If you’ve decided that you want to game in 1440p or 4k with medium to low settings, and want to go with RX 5700 or the 5700 XT, you need a CPU that doesn’t bottleneck the experience. We’ve compiled a list of CPUs to help you decide the best option for you.

What some people like to think is that they need the high of the high end of processing power to play the latest and greatest AAA game titles. Now, this might’ve been true in the past but it’s no longer true.

One can very well play and achieve smooth 60+ fps on AAA titles with recent mid-tier budget CPUs without breaking the bank as compared to high-end CPUs and that is the situation that is perfect for most gamers today.

Ryzen 3700X packs the punch with its single-core performance with high power efficiency because of its 7nm process at a much more affordable price than its 14 nm competitors like the Intel i7 9700K.

Also with that competitive single-thread performance for tasks like gaming, it also packs 8 cores and 16 threads, which provides a lot of raw processing power for multithreaded workstation tasks like video editing and rendering.

3700X also supports hyperthreading which combined with the fact that this chip is already unlocked and you can overclock if you want, ultimately means this is one of the best value per dollar CPUs for RX 5700 and RX 5700XT.

It should also be noted that 3700X’s stock cooler is pretty capable and would save you money on a new CPU cooler if you aren’t going to overclock your CPU.

One of the potential downsides of Ryzen 3700X is that it would need an x570 motherboard for PCIe 4.0 compatibility, which could mean compatibility issues if you are just upgrading the CPU with your existing motherboard which is not X570 compatible. However, if you are going for a new build from scratch, this is not a downside.

Talking about the best bang for the buck, if you are looking for a more affordable option for gaming with a similar single-thread performance as compared to Ryzen 3700X paired with RX5700 or 5700 XT, Ryzen 3300X is the best choice for that.

Talking about performance, the single-core performance of 3300X is almost similar to Ryzen 3700X which begs the question, why go for a 3700X and shell out about 100 Dollars more from your PC budget for no reason at all?

Ryzen 3300X is also based on the same Zen 2 architecture and has a similar power efficiency to Ryzen 3700X. It also allows boost clock and hyperthreading for increased performance. You are also gonna see an improvement in performance if you are going to game in 1440p as compared to 1080p.

It also comes with a pretty capable stock cooler which means you won’t have to shell out 40-60 dollars more on a CPU cooler, especially when you are going for a budget build.

Now, the only potential downside of Ryzen 3300X, when compared to Ryzen 3700X that can be noticed, is the lower core (4) and thread (8) count providing a bit of lackluster multi-threaded performance as compared to a 3700X’s 8 cores and 16 threads.

But I don’t see that being a problem if you have a low budget and you want a chip that’s decent for gaming and occasional photo-editing as 4 cores and 8 threads are pretty good for day-to-day tasks. Especially when it’s not gonna be a bottleneck for either RX 5700 or 5700 XT and gonna save you about 100 bucks in your build.

Team blue has been trying, and try they must. As the competition from AMD is tough and getting even tougher in single-core performance over the past couple of years, that has put Intel on its back foot as this is the part of the game intel was strong in (pun intended).

But this i5 which is 10600K, and is based on comet-lake architecture (14 nm) might help them keep their spot for a little bit in that department as well as improve their multi-core offerings as well. i5 10600K offers 6 cores and 12 threads, competing with AMD’s 3600X and 3700X in terms of single and multi-core performance.

And in some of that delivers especially single-core performance and doesn’t create any bottlenecks for RX 5700 or 5700 XT. So if you want to build a machine for 1440p gaming and are in the camp of team blue, this is a tempting offering from Intel for that, especially after overclocking it. Oh, and BTW, it’s very overclock-able.

Look, the fight is fair in performance in the department (somewhat) because Intel is trying to provide a better solution to consumers and hardcore gamers but pricing with Intel products as compared to AMD ones is a real problem for intel.

Sure Intel is providing really promising performance but for the price of over 300 dollars, it’s a high price compared to its competitor 3700X or even 3600X for that matter. Except that, we don’t see a reason why we wouldn’t recommend it for the said audience, which is gamers. We won’t recommend it to you if you are going to do more professional multi-core work because AMD is proving a lot more performance for a lot lower price.